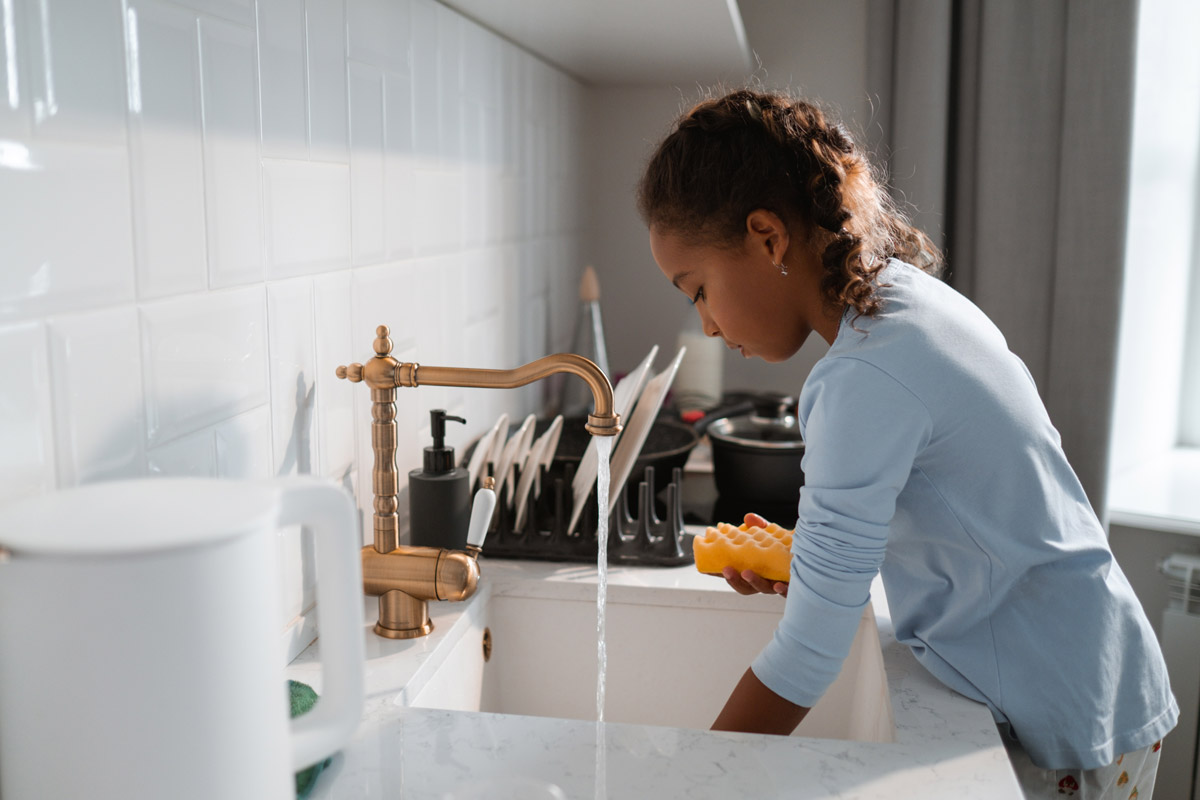 Teaching Your Kids to Be More Helpful at Home

At one point or another, you’ve probably heard someone make the joke, “I don’t want you to do the dishes. I want you to WANT to do the dishes.” That comes from the movie The Break-Up, but it speaks to a challenge that’s straight out of real life: it’s hard to get kids to help out around the house. And it’s even harder to get them to do it with a good attitude. Winter break is a great time to develop some positive habits, so read on for a few hints on how to teach your kids to get on board with chores.

Talk to Your Kids About the Benefits of Chores

Most kids aren’t exactly jumping for joy when it’s time to do their chores. But according to a study by The University of Minnesota, doing chores can lead to a higher degree of success later on in life, both in terms of their relationships and in terms of their careers. So, talk to your kids about the importance of doing chores. On one hand, they’re just taking out the trash. But on the other hand, they’re learning how to do a task, how to do it right, and how to manage their time. And those are skills that will help them through the rest of their lives.

It’s great that you’re giving your kids some more responsibility. But if they’ve never done a single chore, and then you hit them with a tidal wave of large tasks, they might feel overwhelmed and be turned off to the idea of chores altogether. So, think about starting small. Can they resurface your driveway? Probably not. But can they refill the soap? Absolutely. And that’s an early victory that you can slowly start to build on.

If your kids are doing chores all alone in the yard, that can be pretty boring. So, think about chores that you can do together. Are you cooking dinner? Maybe they can help you by washing and peeling the vegetables, putting away ingredients you’ve already used, and setting the table. Those contributions might seem small, but when you work side-by-side, it’s a great way to spend some time together. It also creates an understanding that your home is an environment where everyone is pitching in.

According to WebMD, kids are naturally going to rebel at some point. That’s perfectly normal and part of their push for independence. So, if you make their chores feel mandatory, you might run into a little resistance. Try softening your language. Ask if they’d like to grab more paper towels or if they’re interested in adding ketchup to the grocery list. You catch more flies with honey, and while this approach won’t work with every child, it’s definitely a great place to start.

If you’re still getting pushback on the chores, you might be able to sweeten the deal. Is there a system of incentives that might make sense? Let’s say they take out the trash without being asked. Does that mean they get to pick the movie later on? Or maybe they cleaned the kitchen counter, and it was completely their idea. Does that mean they’ve earned some screen time? If chores become a pathway to something fun, you might actually find your kids asking for more responsibility.

If your child is only 12 years old, having them do your family’s taxes could end in disaster. But they could be in charge of getting lunches packed for school, or running a load of laundry, or emptying the dishwasher. Those are chores they can manage and excel at. How old is your child? Are you giving them age-appropriate tasks? Click here for a helpful guide that can spark some ideas.

Let’s face it. Chores are never going to be the highlight of your child’s day. But they’re an important part of growing up and can lead to success later in life. So, ease them into their new responsibilities by starting small, softening your language, and adding incentives. Because if you set it up right, you might even find them asking to help out more around the house.